But they really did so much more. Team Sparkle spread their magic across the country and beyond for the Rett Syndrome community. Each mile was dedicated to someone battling Rett Syndrome or to someone who lost that battle way too soon.

As each runner headed out for their leg of the race, they pinned on a button with photos of those they were honoring. At home, we all followed through social media and cheered them on. It was not an easy race. We know there were times when they wanted to quit. But their legs kept moving.

Each time they passed another team's runner on the course, they handed them a bracelet that said "Roadkill for Rett." More than 24 hours of intense inspiration, struggle, joy and hope.

Thank you for raising an incredible amount of awareness and helping us raise over $36,000 for research -- bringing the three year total to over $120,000! Bring home some #TeamSparkle magic with this commemorative shirt which includes all the names of the girls and boys who were honored in the race.

We are taking pre-orders through May 8th and the shirts will ship to you at the end of May. 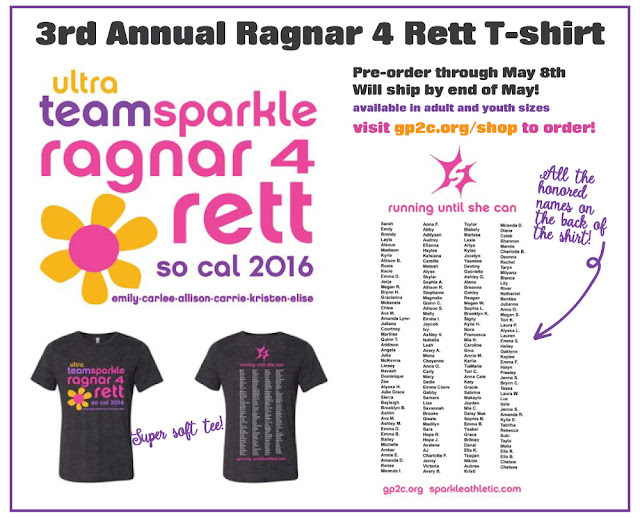